A downloadable game for Windows

Let's Make Something Weird is a local co-op game created for Playcrafting Play Anywhere Game Jam Presented by Google Stadia where one person controls a mad scientist, and the other controls the monster they've created.

The goal is to survive waves of enemies for as long as possible. These enemies are attacking you for your crimes against humanity, heaven, hell, and whatever robots get defensive about.

As the scientist, you can shut the doors the enemies are breaking in from, and you can pick up body parts off the ground to attach to the monster.

As the monster, the player can use 2 different kinds of attacks, a close range radius smash, and a targeting projectile.

When an enemy is defeated, they may drop a body part. This new body part can heal the monster, and give them different stats, such as speed, and stronger attacks.

This game has controller support! Get two controllers to play together!

Let's Make Something Weird was created by Mismatched Games, who are:

and Kinsey but she wasn't part of this project because this jam was just for 4 people. 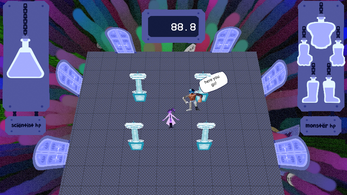 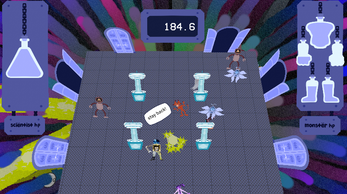 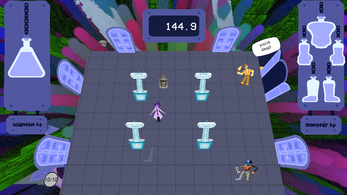